We are happy to invite you to a unique collaboration between koji fermentation specialist Marika Groen from Malica ferments and vegan chef Alexander Gershberg. 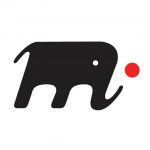 Koji is the name of the mold which is responsible for the fermentation of soya sauce, miso paste, sake, mirin, amasake and shio koji. Koji has been the pillar in the development of the unique Japanese culinary cultures for the last 1000 of years.

Alexander Gershberg is a vegan chef and cookbook author. With his teaching and culinary project he is pushing the boundaries of plant based cuisine and reinventing it in a fresh, creative and delicious way. His last cookbook ENERGY is describing how different foods impact our body and mind according to the Chinese traditional medicine.

Baking Lab Amsterdam is a quirky bakery and a restaurant where the scientist Jechiam Gural is experimenting with different techniques and methods around making sour dough bread. His practice involves a unique combination of science and philosophy.

In this 9 course dinner each dish will contain an element of koji fermentation. We will prepare all the koji ferments ourselves and you will get the chance to taste self made miso, mirin, shio koji, amasake, sake and more.

Join us for this unforgettable night and explore your way through this fascinating culinary journey.